this is a waltz (honest)

this is a waltz (honest)

So, my dear friend and collaborator James Mayhew has been doodling again. This time from the back of the hall, as we rehearsed on Thursday last week. (For more on this – at least from James’s perspective – switch blog channels and read all about his Dancing Paintbrush)

I was on stage, rehearsing. Sorting things out for the de Havilland Phil concert this weekend (see flier below, featuring a very well-known pianist). There must’ve been an awful lot of waltzing in there somewhere, because there’s a lot of waltzing in the programme. So I imagine there’s a lot of waltzing in this picture, too. Stands to reason. Ok, so there might be a bit of La Mer in there too, which could just imbue his artwork with a certain aquatic quality, but I like to think that he’s captured a waltz here, in all it’s glory. Good on you James, and thank you – this is a truly beautiful painting!

Now – the lovely problem is that, of course, capturing a waltz in such a perfect, frozen-in-silver(-rose) kind of way such as this makes it seem so elegant, so light and so simple. Which is the way waltzes are. Or should be. Conducting them like that, hard as it is (ok: it’s near impossible) is what I strive for.

But like I say, it’s hard! Breathtakingly subtle. In gently trying to inflect them, to turn their myriad corners and bring their inevitable rubato to life, one can trample all over their tender shoots, or snap them completely. Yet, do nothing, and the music dies – as if killed by the dullest of routiniers. Uninspiring, unimaginative. Boring waltz-killers. There are plenty about!

And of course, as a conductor, one has to make the most musical music within a waltz-beat. In other words, in one. Make the music flow, the lines sing, the contours melt and dance – all within just one beat. One fluid motion, containing all. Can’t do too much, shouldn’t do too little. And you’re always on a knife-edge between the two. Yet it shouldn’t ever appear like that, or else, again, you’ll kill the whole thing. Waltzes + fear don’t mix well! I firmly believe they should be compulsory in every kind of conducting competition – not the Danse Sacrale, or some piece written yesterday, but waltzes. Plenty of them. There are, after all, plenty of them…

Well, I’m going back to nursing my inner waltz, in preparation for the concert tomorrow. I’ll leave you with one of the few true masters (no, I don’t mean Strauss). Please don’t miss the point and think “it’s nothing to do with him” and “the orchestra do that anyway”! There is truth in that, but it’s far from the whole story. And if, after watching all of this, you still feel that way, then I suggest a diet of Zen koans (because they sum up the endless secret of good waltzing). Or maybe some polkas.

Oooh, and before I go, here’s that flier. I’ll tell you how the waltzes (not to mention the great Emperor with John Lill) go in my next post. There may even be a photo from my dressing room 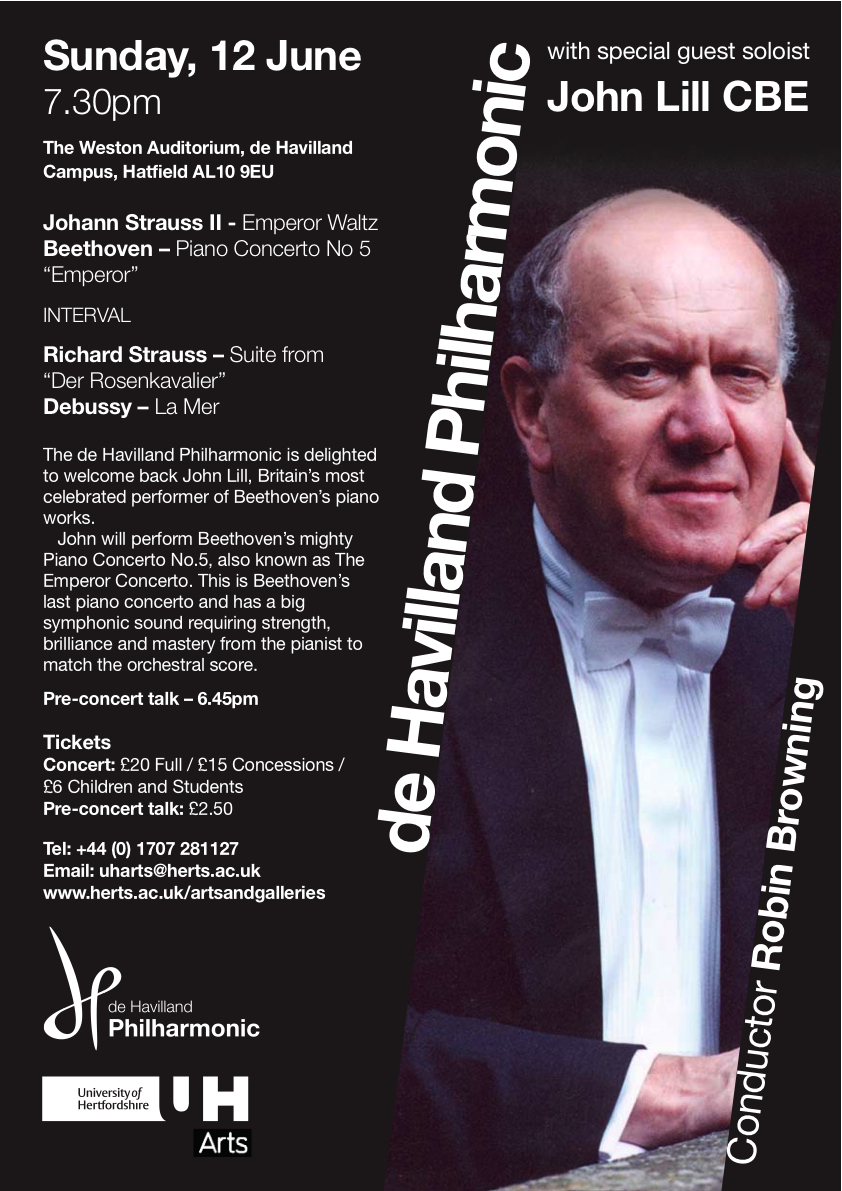